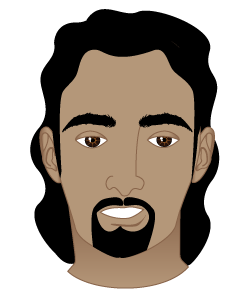 It isn't always easy to identify what kinds of problems exist in your home, especially if you are new to home ownership. However, a few months back, I realized that we had some serious plumbing problems that needed to be addressed. Our sinks were always clogging and we were constantly having issues with sewer smells in our place, so I started focusing more seriously on working with a team of plumbers. When the experts came out, they had ideas about how to proceed right away, and they worked hard to help us. Now, our home is gorgeous and completely functional, and we owe it all to them. Read this website to find out more.

The garbage disposal is one of the better inventions for the home, but it can lead to a number of calls to a plumber if it isn't used correctly. People using the disposal often send something down the drain that isn't supposed to be in there, and the disposal jams or starts to smell rancid. Much of this happens because people don't realize they're not supposed to put those items (e.g., rice, nuts) into the disposal, but sometimes it happens because something has accidentally fallen into that drain. A drain net, which is a metal mesh cup with a rim that sits at the opening to the drain in the sink, can stop most of these items from ending up in the drain, but you have to know how to use the nets correctly to prevent more calls for help to a plumber.

You Still Have to Use Your Garbage Disposal

That net will catch most of what heads toward the drain. It will not catch bits of food that are smaller than the openings in the mesh, and sometimes bits of food can slip under the edges of the net. Running the garbage disposal every few days helps move these bits of food out and down into the drain pipe. If you stop using your disposal, the bits of food can build up and dry out just enough when you're not using your sink to cause the garbage disposal to jam up. Many times you can undo this jam yourself, but sometimes it's bad enough that you have to call a plumber.

Clean Them Out and Replace Them Often

Eventually, enough will build up in the net that you have to empty it. While you might remove larger items of food from the net as soon as they fall in there, you might leave smaller bits of food that are harder to remove individually. Every few days, take the net and dump that debris into the garbage can. Do not try to put it down the disposal because that food debris likely contains things like rice, seeds, and other items that shouldn't go through the disposal. (Seeds can cause the impeller blades to jam; rice and pasta can dry out on the blades and cause them to freeze, requiring a visit from a plumber to fix.) Replace the net often; they're available at most stores and are cheap.

Dealing With Spaces Around the Rim

These nets can move due to strong jets of water, creating openings that allow bigger pieces of food to head into the disposal. If this happens to you a lot, you may want to look for nets with wider, curved rims that are supposed to fit in the seam where the top of the drain opening meets the sink. These are slightly more expensive, and you may have to test out a few before finding a brand that works well with your sink.

Having to call a plumber once in a while to unfreeze a garbage disposal or unclog a drain is enough for most people. If you find you've had to call too often and are now trying to use a drain net to catch all that food before it goes into the drain, that should help. Just be sure you continue to care for the drain and disposal properly so any future calls you make to the plumber are for happier jobs like upgrading fixtures.

To learn more about taking care of your plumbing, contact a plumber.